No Result
View All Result
Home Articles Around TX, the UFC, and Beyond

by
in Around TX, the UFC, and Beyond, Featured, Techniques, TXMMA Technique of the Week
0 0
0
Share on FacebookShare on TwitterShare on WhatsAppShare on RedditShare via Email 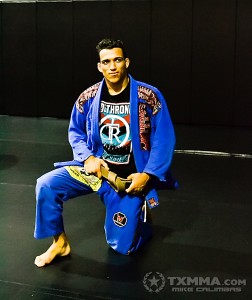 While in town, Oliviera, his coach, and fellow Macaco pupil Erick Cardozo taught a three-hour seminar courtesy of his sponsor Dethrone for anyone wanting to attend – at only a $20 fee! For that price, seminar attendees were treated to a showcase of many of the techniques that has gotten Charles Oliviera to the UFC, including a variety of sweeps, passes, and an innovative assortment of lapel chokes (GI) along with some other creative maneuvers applicable to No-Gi and MMA.

You can check out a slideshow and photo gallery from this seminar at the bottom of the page.

On the way there, LIKE us on Facebook and enjoy the TXMMA Technique of the Week featuring Gold Team’s Charles “do Bronx” Oliviera!

Step 1 – Charles Oliviera starts on top of Erick Cardozo in side control position. To maintain control, Charles is controlling the neck with his left arm while using his right arm to block off Erick’s far-side hip. 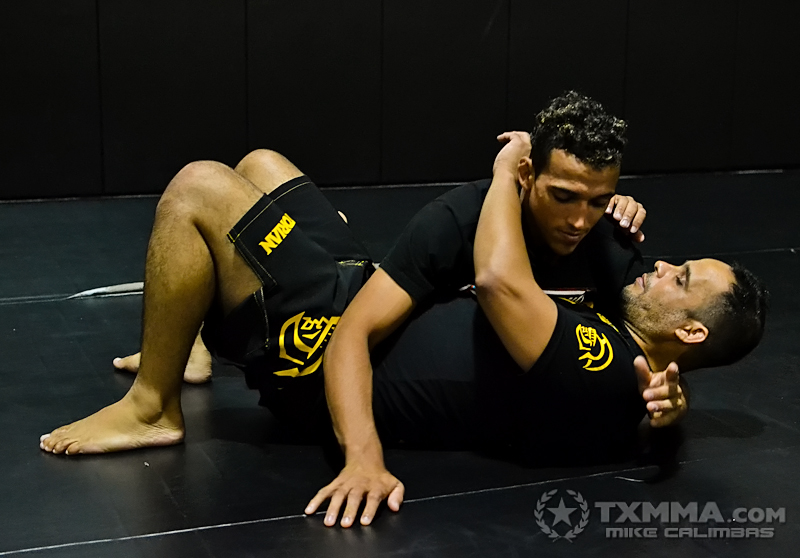 Step 2 – Notice that Charles’ own right leg is up on the (left) hip as well – preventing Erick from recovering his guard. From this position, Charles will use his forearm on the neck in concert with his knee to start turning Erick to the side. 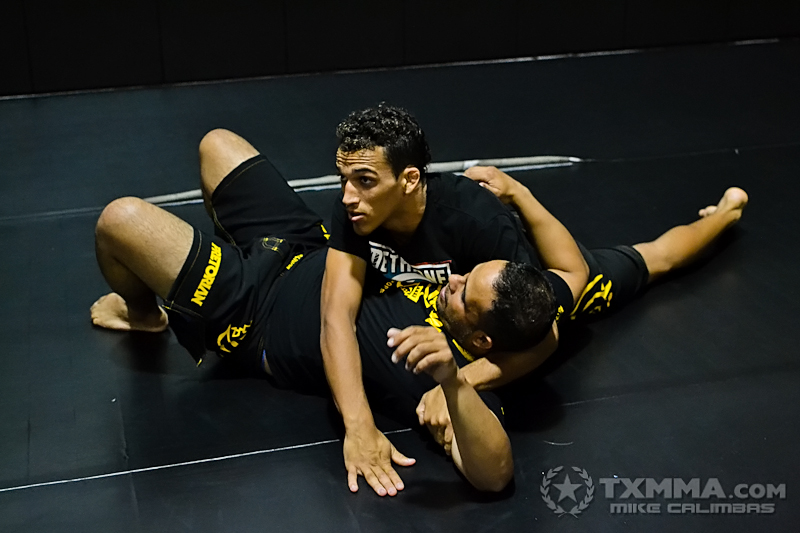 Step 3 – Now that he has Erick turned to the side and potentially trying to run his hip away, Charles will then drop his right hip to the floor and working to slide his right leg underneath while trapping Erick’s left arm behind his back to attain the crucifix position. 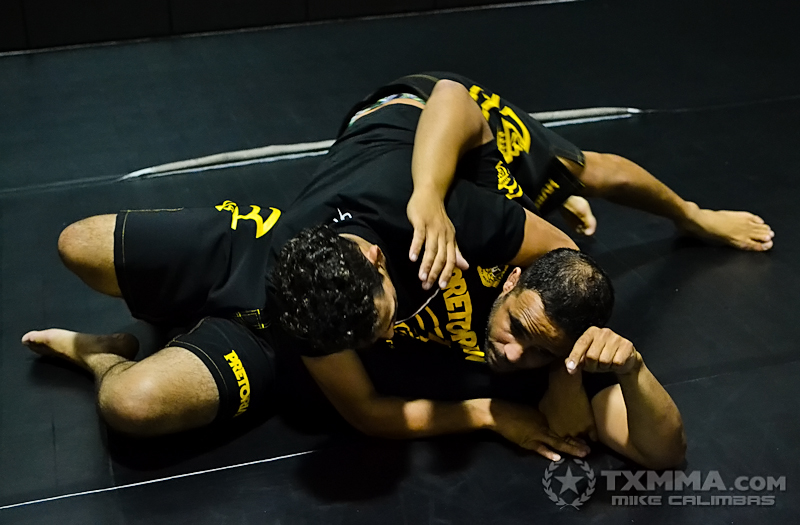 Step 4 – Now that Charles has Erick’s left arm trapped (preventing him from running his hip away), Charles will work to secure his grip around Erick’s neck while simultaneously blocking off Erick’s left arm with his own foot. 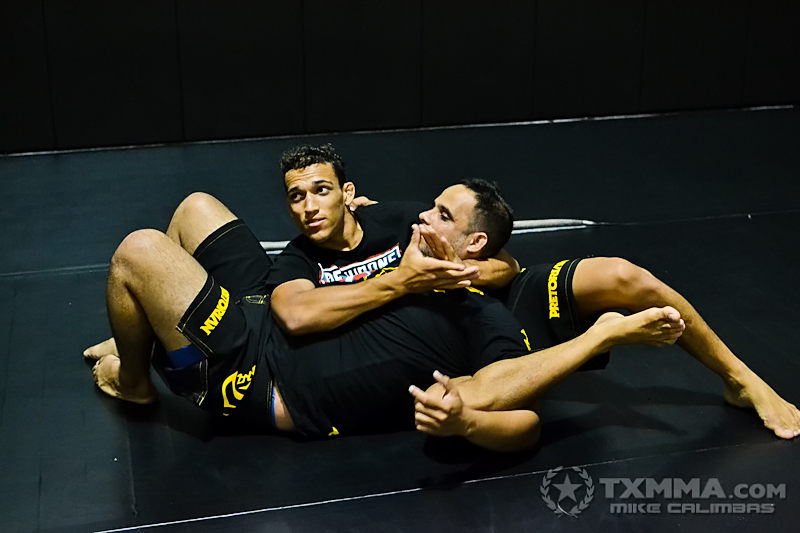 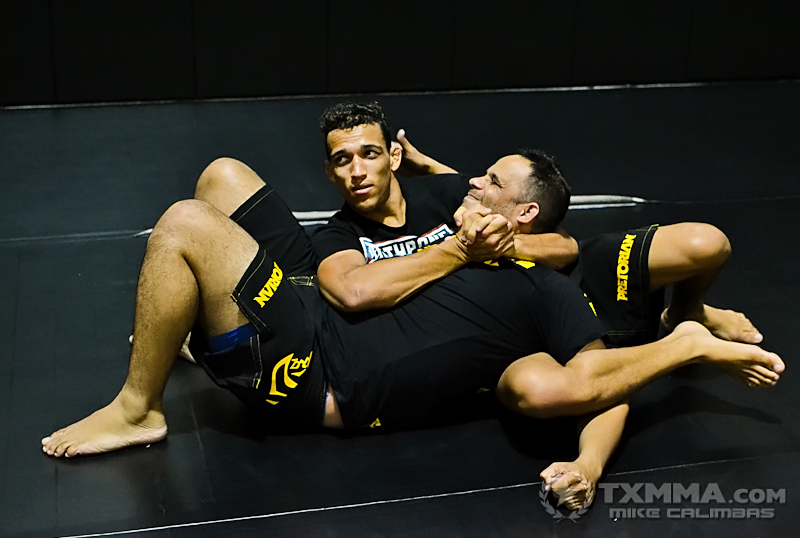 Step 6 – Charles will use his strong grip around Erick’s neck coupled will the leg keeping his body in place to apply pressure and finish the submission. 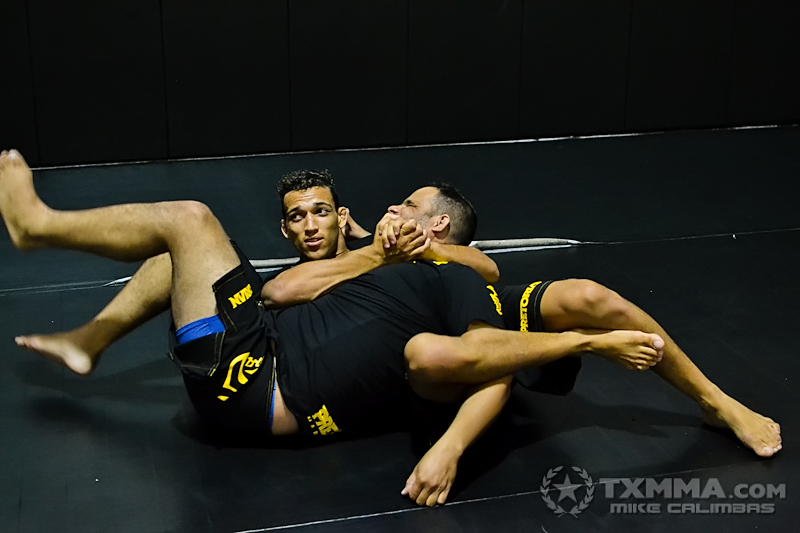 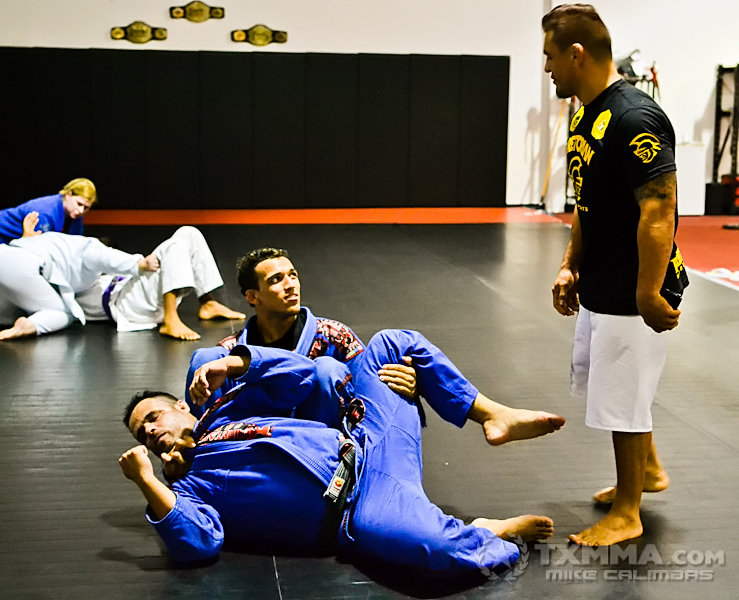 Check out the slideshow /gallery here on TXMMA.com by clicking here or on the picture above or check out the photos for tagging  in our Facebook albums!

We’re also always looking forward to sharing more knowledge to the community. If you’re an instructor or experienced practitioner interested in providing your own technique of the week, hit us up on Facebook.

Also, don’t forget to Bookmark the Techniques Section on this site for all past and future TXMMA Technique of the Week demonstrations!

LIKE TXMMA on Facebook for more in-depth news and coverage of the MMA & grappling scene along with fan contests to win great prizes courtesy of TXMMA.com and much more. Also feel free to check us out on Twitter and Google+ for even more in the world combat sports!

This site uses Akismet to reduce spam. Learn how your comment data is processed.